I found a good example of using small multiples (Tufte, Visual Display of Quantitative Information, p.170 and elsewhere) in an article on slashdot today.

The most interesting graphic is one that shows all 140 combinations in a single graphic, enabling you to see the beginning and ending point of each tour, and to observe certain patterns in the tours.

A candidate for Beautiful Evidence?

An article on Wolfram's Mathworld website clarifies that although there are no truly Magic Knight's Tour solutions (ones that satisfy the diagonal summing as well as the verticals and horizontals), There are 140 semimagic solutions. See the article for a more detailed explanation.

Sorry for any confusion.

Here is a great small multiple of prints by Daniel Danger (http://tinymediaempire.com/) posted by Art Lies (http://www.artlies.com/painting/daniel-danger.html). Danger is a very accomplished young print maker working in New England who has been very succesful illustrating gig posters and CD covers for bands. I have a couple of his prints and the density of colour he uses and attention to fine detail make them very special pieces to own. 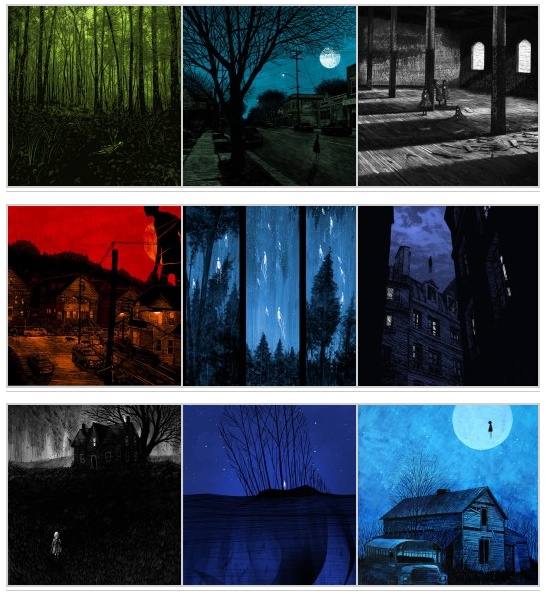 A small multiple that shows movement in time. The classic "The Horse in Motion" by Eadweard Muybridge. "Sallie Gardner," owned by Leland Stanford; running at a 1:40 gait over the Palo Alto track, 19th June 1878.

The full caption provides a host of interesting technical information

'The negatives of these photographs were made at intervals of twenty-seven inches of distance, and about the twenty-fifth part of a second in time; they illustrate consecutive positions assumed during a single stride of the mare. The vertical lines were twenty-seven inches apart; the horizontal lines represente elevations of four inches each. The negatives were each exposed during the two-thousandth part of a second and are absolutely "untouched".' This is great information - detailed technical data including a calibration standard in each frame. Many modern photos and series are not so well annotated.

However, what is really intriguing is that if you search on Google for this image you will find a number of 'Horse in Motion' sequences by Muybridge with different horses which is understandable. More interesting are the images that also appear to refer to Sallie Gardner 19th June 1878 but are quite different to the one I attach here with slightly different text and modified calibration grid. For example the image you see on Wikipedia 'The Horse in Motion.jpg' is not the same as the one I attach here. Could the real Muybridge stand up please.

Here is a terrific hierarchical small multiple. This shows a wall calendar of a years worth of dates, sub-dividied into months. Each date image is an individual door number found in the streets of Stockholm. The holes holding the calendar up are colour coded with a dominant colour that follows the seasons. The calendar has an appendix with the addresses of where the numbers were found. 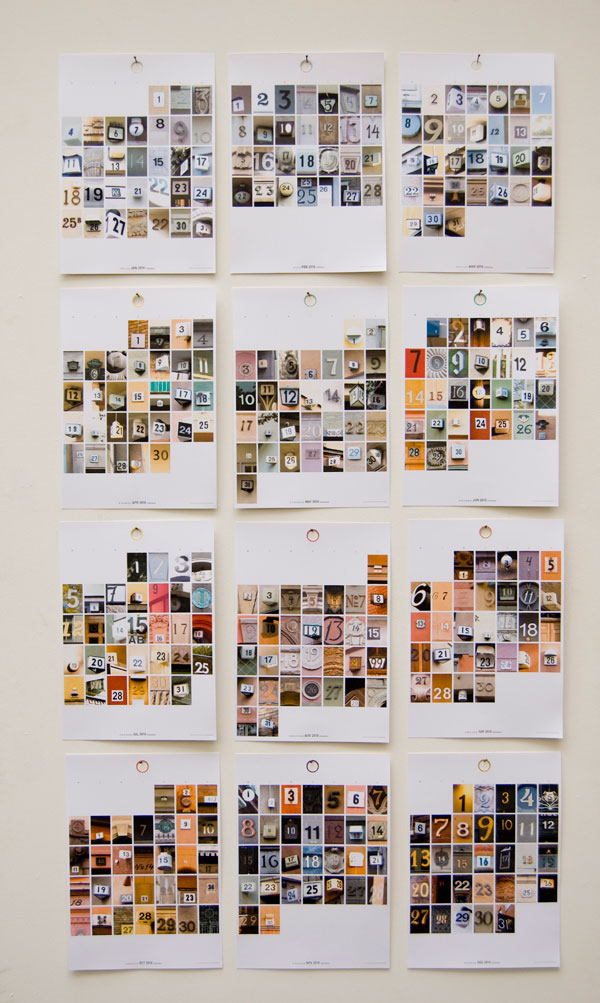 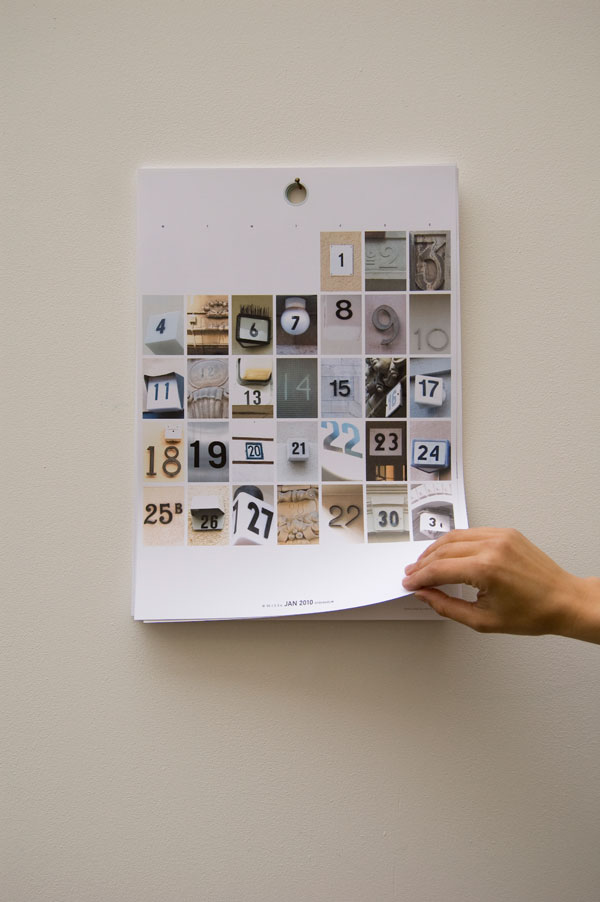 Here (http://candide.nypl.org/) the New York public library has a superb multi-media exhibition on Voltaire's Candide. The small multiple is a navigation device for accessing the rare illustrations from 1928 by Rockwell Kent - Random House had commissioned the great American artist Rockwell Kent (1882-1971) to illustrate Voltaire's Candide as the first book under its imprint. 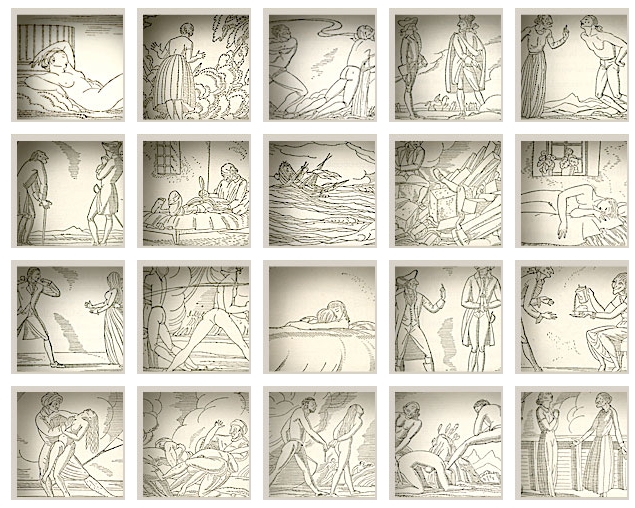 web-site (also available as pdf) with excellent use of small multiples...

"From slightly above but looking parallel across the court we see his ball rise (photo right with arrowheads) above the head of a seated adult male spectator in the near background to the left with the white baseball cap and the ball drops to below his chin at contact. My guess is 12 to 18 inches of drop." (text appears about 3/4 down the web-page and on page 6 of 8 in pdf)

the use of the two photos that accompany the above text is charmingly brilliant!

I have been reading up on Japanese wood-cut printing and found an e-book version of a 1926 book The Technique of the Color Wood-cut by Walter J. Phillips which was published August 1, 1926, by Brown-Robertson Co. Inc. (New York).

This book, and the website (http://www.sharecom.ca/phillips/technique.html), includes an image of a finished color wood-cut by the author and images of impressions from the wood blocks used for the separate colours. I have used these images to make the following small multiple showing the technique.

The book is interesting as it indicates the amount of work that is required after the artist has decided how to make the color separation. Each separate block is a carving job in blocks of Canadian cherry wood and then inking and printing. 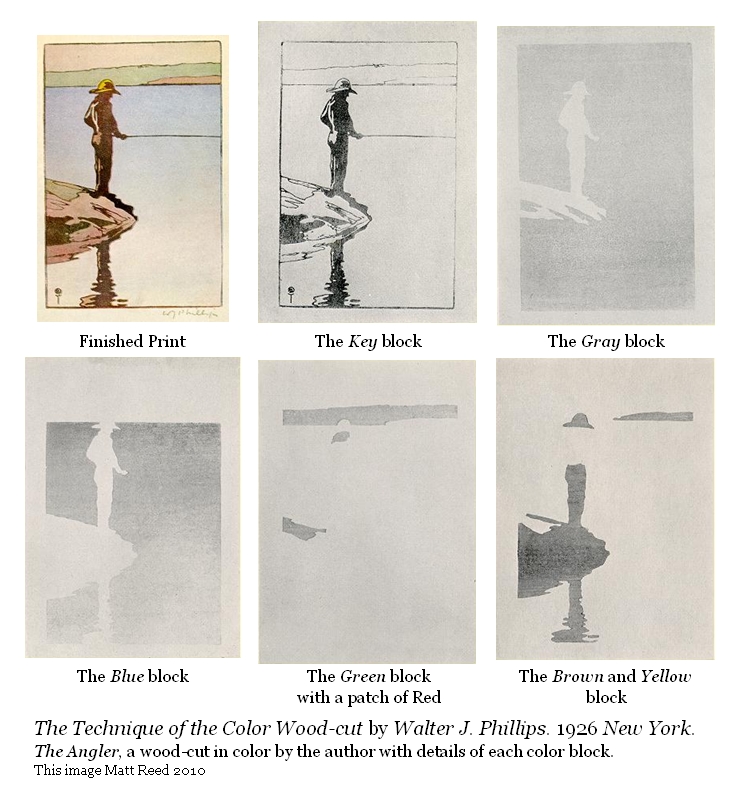 It appears that there is quite a range of very nice books available that show, in step-by-step format, the process of creating a Japanese woodblock print - for example (http://www.baxleystamps.com/litho/misc/takamizawa_wb_c1950.shtml).

I took another set of very nice steps and created a small multiple plus the finished article - see below.

The ten small image pairs to the left show the ten steps required to make the finished print on the right. Each small panel shows a pair of images for each additional colour that has been added (the one to the left of the pair shows the blobs of colour, the one to the right the cumulative effect). 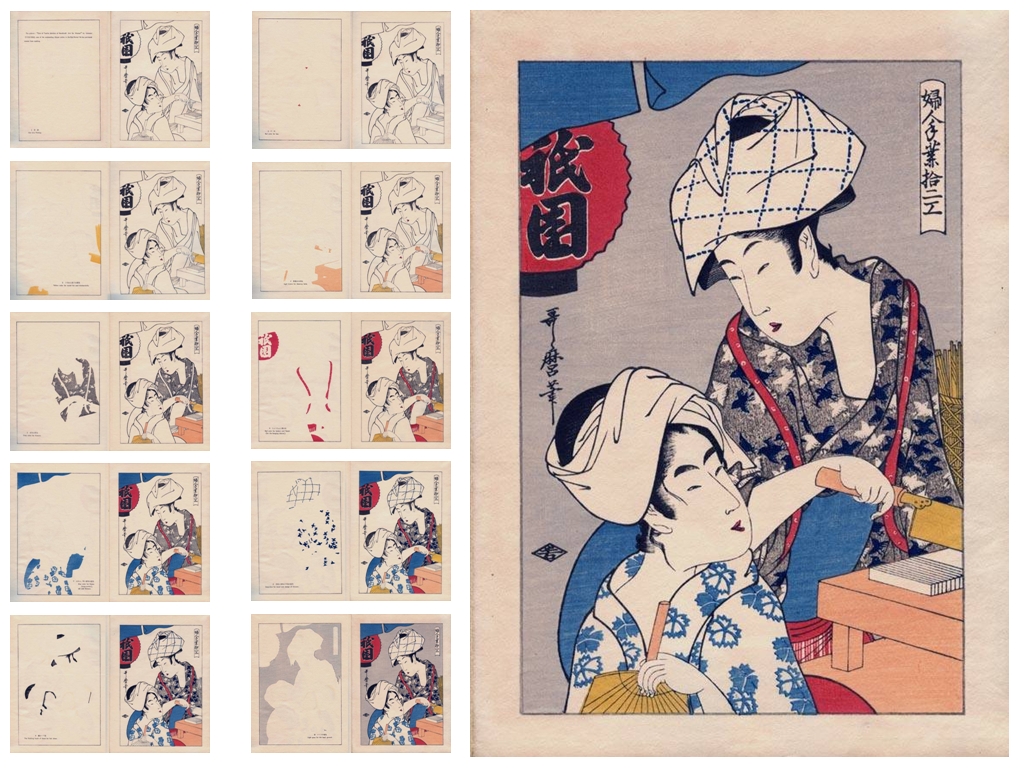 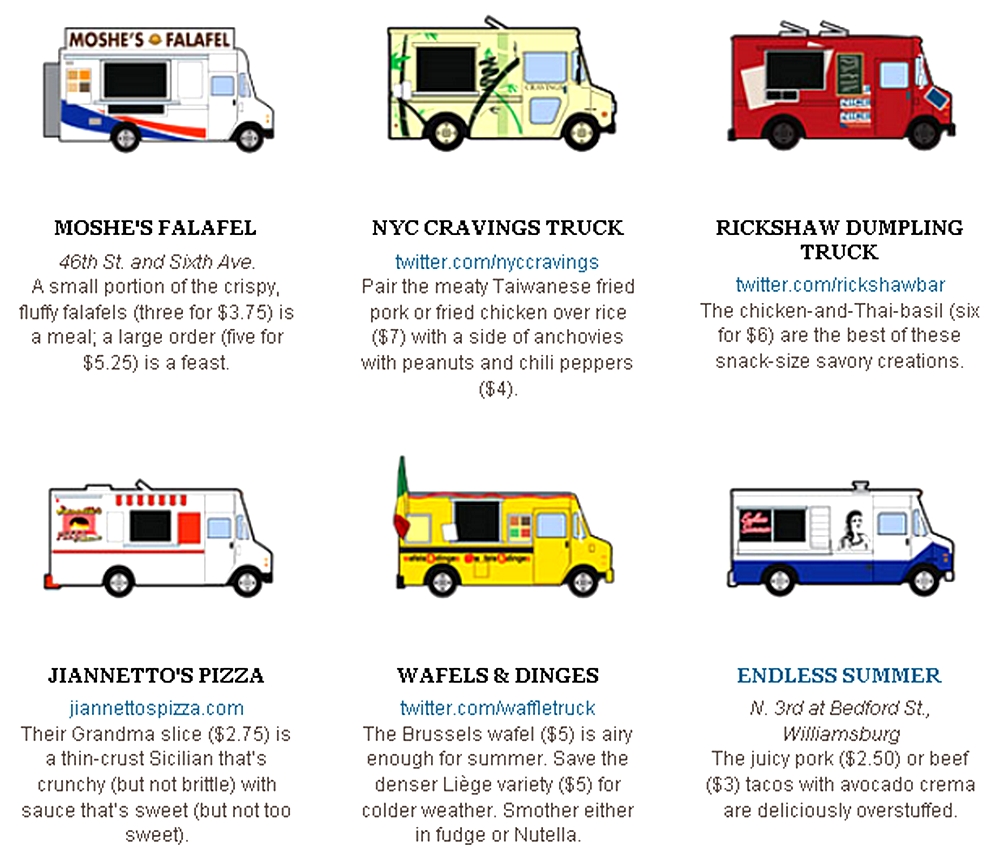 You will probably like this web comic's recursive fractal take on small multiples to present every optimal tic tac toe scenario:

Pictured below is a sequence of images that I adapted from pp. 20-21 of the exemplary First Last Mile Strategic Plan & Planning Guidelines published by LA Metro in March 2014. Like the guide as a whole, this sequence of North Hollywood maps is a terrific example of the number of factors that go into producing a good transit plan. You can access the entire guide here (PDF) and link to a large version of my composite image here.