Curious to know whose by whose hands those brilliant grinding patterns appear on the surface plane? Perhaps the collaborative role of the fabricator in such productions as these wonderful art pieces would be worth talking about? Does the artist stand alongside the fabricator and say, "Here, not there."? "Do this, not that."? Whatever the percentage of participation, the results are terrific! Excelsior!

In the making of an abstract sculpture piece, there are many pieces along the way. Those pieces along the way are sometimes happy circumstantial pieces, and sometimes tests and challenges of the original conception (which exists only as a small model, in this case about 8% of the size of the final piece). Usually my final outcomes are quite close to the small model, as the model survives the challenges made during construction of the full-size piece. The idea is to have a really good model and then simply to build that model up to full scale. It is much easier to do visual experiments at model-scale than fabrication-scale! So the aesthetic work is largely in making the model, and then simply looking out for problems as the model is scaled up.

As is often the case, the big design issue was the thickness of the 2 stainless steel plates, something that can only be resolved at full-scale not model-scale. After flirting with 1/2" and then 5/8", we settled on 3/4" (constructed as a sandwich of 2 outer 1/4" plates with broad 1/4" internal supports). We did studies of thickness and shadows with a 16 foot plywood mock-up painted with aluminum roofing paint to simulate stainless steel. This plywood mock-up is used mainly to assess the position and orientation of the piece in the landscape. In retrospect, we are glad that we choose the 3/4" thickness which reduces flexing of the 24 foot high plates. 3/4" plates produce an overall piece weighing about 4900 pounds.

Shown above is a piece along the way, with some experimental surfacing. In grinding off the mill scum from the stainless steel, we tried out several ideas. I've been through this issue in the 10 pieces in the Escaping Flatland series and in the Spring Arc piece: how to surface the stainless steel? David Smith in his Cubi series set an immensely beautiful standard with his swirly grinding, which produced a remarkable 3-dimensional quality when the sun shines on the surface. But Smith's surfacing is always under control because each flat surface is fairly small, with an area usually 2 to 5 square feet, and is playing off of orthogonal surfaces (unlit by direct sun) nearby in the piece.

In contrast, my pieces are not about strong local surface effects but rather about broad endlessly varying subtle painted color fields and shadows generated by borrowing ambient light and by the shadow projections of nearby trees on the surface, and about shape and negative space. And the self-shadows cast by piece on itself. For the large surface areas, active grinding patterns are wildly active with sun glare. Those patterns sometimes look beautiful but they wipe out many other desired visual effects. On the other hand, since the piece changes so much as the light changes, maybe the active finish should be used because it is super-active only when directly in bright sun and the rest of the time it has an elegant visual texture.

I keep experimenting with various surfaces, and then return to the neutral grinding (resulting from a double-action grinder) of the Escaping Flatland series. Thus the active grinding shown here has pretty much disappeared in the last week as the final neutral surface is ground on.

The amazing Andy Conklin has made stainless steel pieces for years. Andy is a welder and craftsman who worked on the Escaping series at Tallix foundry. He now works for me directly; we work on design and engineering issues, he brings up ideas based on his years of making fine sculptures, and we try something out --in part to learn by experience and in part to challenge the original conception. Usually the original conception in the model survives with very few changes resulting from the fabrication process. Also once fab is underway, changes can become immensely expensive. As for joinery, designing the mounting base, and mechanical design, Andy decides as I occasionally wave my hands making impractical suggestions. Sometimes we need the advice of a structural engineer or have to do special things like make the piece earthquake-safe, as was the case for a show in Los Angeles.

The original conception for this particular piece came about as Andy and I were bending for practice some thin stainless steel sheets in a new sheet metal brake, which bends metal in a straight line (at any angle). In the piles of metal around the shop, there are probably 100 pieces lurking. One of our brake trials produced an articulate piece of steel, which was then modified to produce the first model. More tweeking, experiments with the model watching it rotate in the sunlight, staring at the model on the kitchen table for a week--and we had a good model. Several copies of this 8% size model were made and we were on our way. While being constructed in a horizontal orientation, the full-size piece looked chubby and boxy, and so I went back to the model and tried out some changes. Those changes did not look good in the model, and so I decided to believe the original vertical model not the horizontal chubby full-size piece under construction. The large version here has been under construction for about 3 months. The photographs above show the first lifting and consequent vertical orientation of the piece. I was greatly reassured by what I saw.

This piece will be installed in a month at a new sculpture field in Woodbury, Connecticut.

When we're working together, Andy does not talk cartoonish post-modern critheory jargon, for which I am thankful.

These pictures show various surfaces at various angles to the sun.

Why 24 feet? Why not Richard Serra huge?

Some of Richard Serra's pieces have had to be placed in very difficult contexts: client-chosen, fixed, a desolate public plaza bristling with clunky DOD-approved bollards and designer banners, surrounded by large buildings, all of this with input and even control by architects and plaza designers who claim to know how the sculpture should perform in relation to their fine art. How does he stand it?

So, some Serra pieces have to compete with a building and plaza designed by others. At least then the piece should raise the viewer's eyes away from the desolate plaza, provide a new vanishing point clean against the sky unrelated to the building and plaza, lift out of all the people on the plaza, make graffiti look small relative to the piece, and possess a power and presence beyond human scale. Thus make the piece big, really big. There aren't a great many other design options, especially when the sculpture surface varies only moderately with changes in the ambient light, as is the case for steel with its rust patina.

Serra's very best works (Storm King, Dia Beacon, Bilbao, the amazing long wall meandering over pasture in New Zealand), all very large, are found in places where he had significant control over location of the piece. As the movie about Storm King shows, Serra worked very deeply in deciding the location of his beautiful and subtle piece there.

I have a much much easier context to work with, since I freely choose the area where the piece will be placed. There are no clients. My pieces have nature and sunlight to work with, rather than arrogant buildings and desolate plazas. There's nothing like a big green meadow-field for grounding a piece. My works tend to be bigger than human-size so they're not read as vaguely representational humans, so that the pieces appear against the sky and the horizon, and so that there's a physical experience for the viewer. My pieces cannot hope to compete against big surrounding trees (60 to 150 feet tall); they have to work with trees, particularly the shadows and dappled light generated by trees in the sun. Such working is made possible by being able to change the location of the piece over many acres of varying topography. That is partly why I recently purchased 122 acres in Woodbury, Connecticut, a beautiful piece of land with the memorable name of "Hogpen Hill". After some experiments, the new piece shown above will probably be moved there and called "Hogpen Hill #1".

The discussion of the surfacing processes brings to mind this link: Hand-drawn holograms. Essentially, one carefully etches stereoscopic patterns into metal or opaque glass/plastic to achieve a rather wonderful 3-D effect.

David Smith's stainless steel grinding in the Cubi series produces the same effect, the illusion of deep 3-D to the eye. Also the grindings above. Of course the effect cannot be captured by one-eyed photography.

Dappled sunlight, reflection of trees -- the new De Young Art Museum in San Francisco, designed by Herzog and Meuron, employs these effects by imprinting and die-cutting the shadows of surrounding trees onto the copper sheathing of the structure. A lovely effect in a beautiful site. You can view construction photos on their website. July 2004 shows some great shots of the imprinted copper.

But can it compare to the uplifted and uplifting sight of Hogpen Hill #1?

This piece, which will probably be called Hogpen Hill #1, has finally found a home at our new scuplpture fields in Woodbury, Connecticut. We moved the piece there about a year ago but I wasn't satsfied with its placement out on the open land, which made the 24 foot high piece appear lost on the land and among the surrounding tall trees. After some experiments, we found a cove in which to place the piece.

Andy Conklin is now removing the temporary welded brackets and supports used for moving and installing the piece, and he is also cleaning up the stainless steel surface. The sculpture is now near but not swallowed up by the big pond and the large trees. The next step is to bring in topsoil and to seed grass during the fall planting season. In 8 weeks we should have a local grassy horizon and platform, along with the finished piece and its installation. The second photograph below starts to hint of the magic of light, colors, and shapes that are the reasons for the sculpture.

Moving the piece from the open field to the final location:

The two photographs above show water splashing around fun time, as well as a cleaning of upper part of Hogpen Hill #1 done a couple of days ago.These photographs are also the first serious art/beauty photographs of the new work.

In response to some questions about visiting the sculpture fields:

Many many sculptures are in Cheshire; a walking tour is easy to do on your own once you arrive and get access.

In new fields at Hogpen Hill in Woodbury, there are 2 large pieces and 3 to 5 more (from the Petals series) to go in early fall. Woodbury access requires some planning to get up a mile-long dirt road and so on, but it can be done. A staff member can take you around in a pick-up truck. 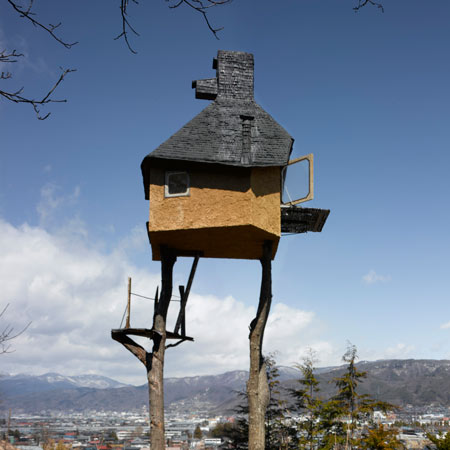