Our new website imagequilts.com shows the new work of ET and Adam Schwartz on quilts (a variety of small multiples) that show 100 to 500 images on a single screen.

Adam built a free Chrome app that composes, sorts, and edits the results from Google images.

For now, the idea is to search a topic on Google Images, and then recompose, sort, and edit those images into a quilt of images dealing with your topic. Our Chrome app does the composing, sorting, and editing.

The obvious extension is to be able to go into any large database, pull out the relevant images, and organize into a quilt. (Since the editing sequence is done locally in the Browser, and the images are drawn from a unique confection of Google images, there may be cryptographic possibilities here as well.)

The resulting quilt is scanned by the viewer, who often learns more about than topic than from conventional search results. For many quilts (topics include subatomic particles, Feynman diagrams, Muybridge, Cezanne, Klee, sorting algorithms, Picasso, and, for a quilt of quilts, the Quilts of Gee's Bend), see http://imagequilts.com

I first posted some simple quilts during a frantic weekend flurry several months ago at, of all places, my twitter account https://twitter.com/EdwardTufte

The Verge recently did a nice piece on imagequilts, with many quilts:

A visionary statistician shares a free tool for data visualization

Edward Tufte is a master of his field. The celebrated statistician is an information design and data-visualization expert, known for his many writings on the subject including Envisioning Information and Visual Explanations, which pioneered the idea that visuals were of the upmost importance when communicating ideas and information.

A vocal opponent against broadly used visualization tools like PowerPoint, Tufte discourages the use of decorative visuals when displaying data, arguing that they can distort and editorialize the facts. His writings have informed and inspired a generation of statisticians and designers alike, and now he's collaborated with software engineer Adam Schwartz to share a free web-app with the rest of us.

ImageQuilts is a Chrome extension that acts as a plug-in for Google Images. After installing the app, you'll see a new button appear above your image-search results, prompting you to make an ImageQuilt. Clicking on the button jumps you into an intuitive interface that lets you build a collage based on the results of your search. There are lots of customization options: you can change the image size, and order; zoom into images; remove images; and also choose between grayscale, inverted, or full-color displays. After tinkering around with the settings and removing irrelevant images, you're left with a coherent (and hopefully attractive) collage that represents your chosen subject.

There are some great examples of how powerful ImageQuilts can be over at the plug-in's website, but we've put a few of their examples together with a few of our own below. As you'll notice, some are more successful than others; but when choosing an architect, designer, or artist, ImageQuilts does a superb job of capturing their essence.

ImageQuilts is a great tool for summarizing and organizing visual data. A viewer scanning over, for example, an artist's ImageQuilt will quickly understand what they're about. Tufte suggests that viewers will often learn more about a topic from ImageQuilts than conventional search results. 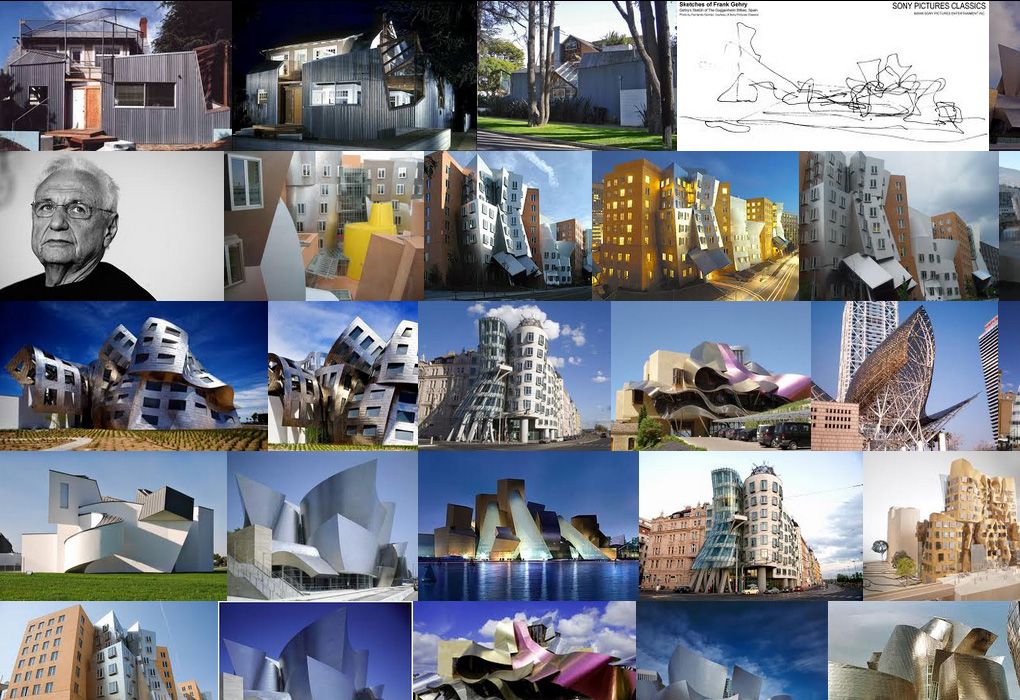 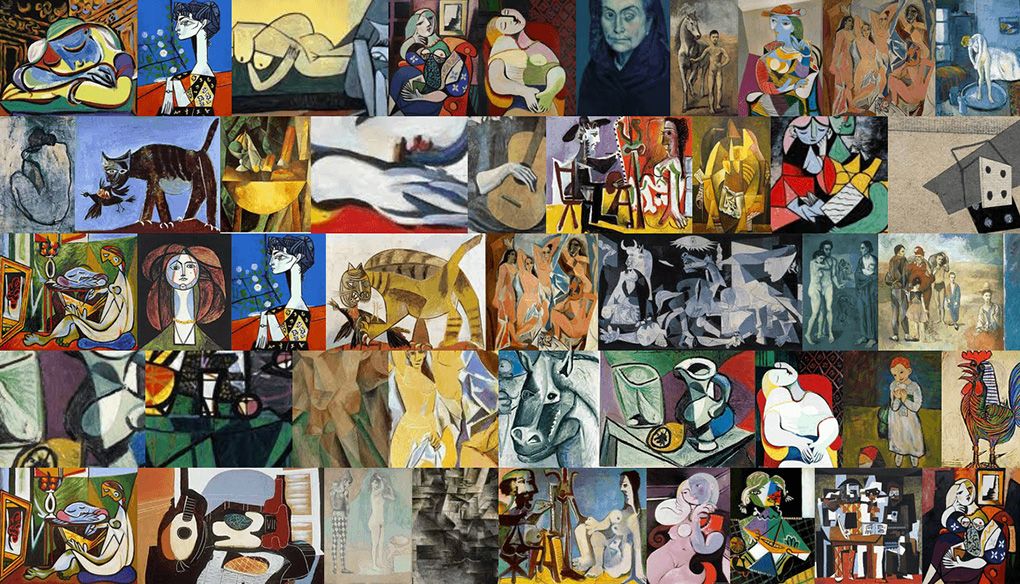 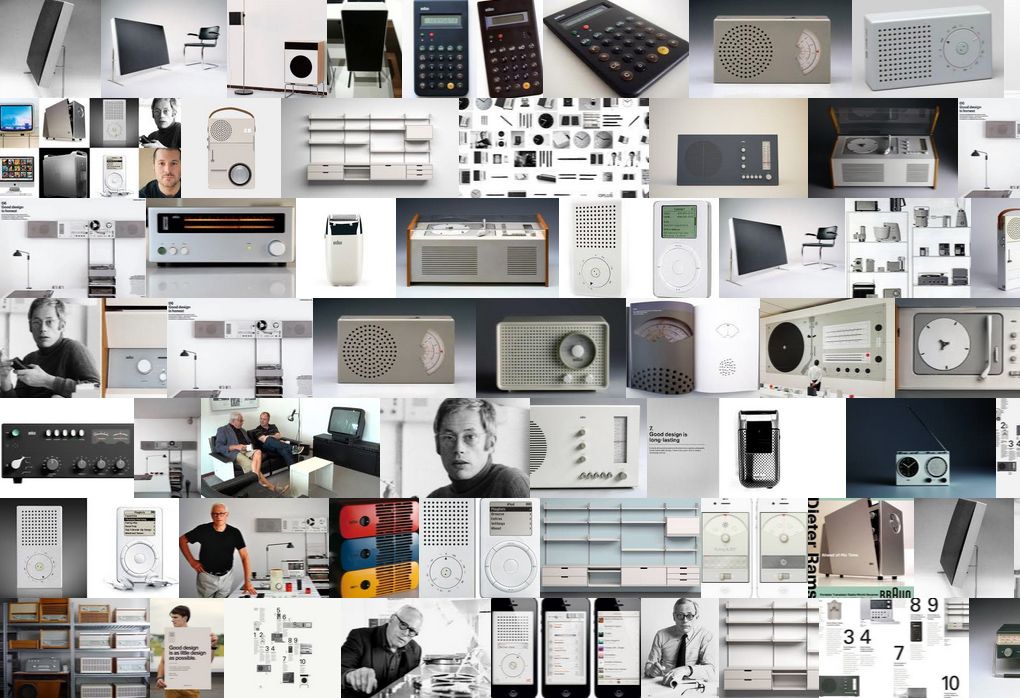 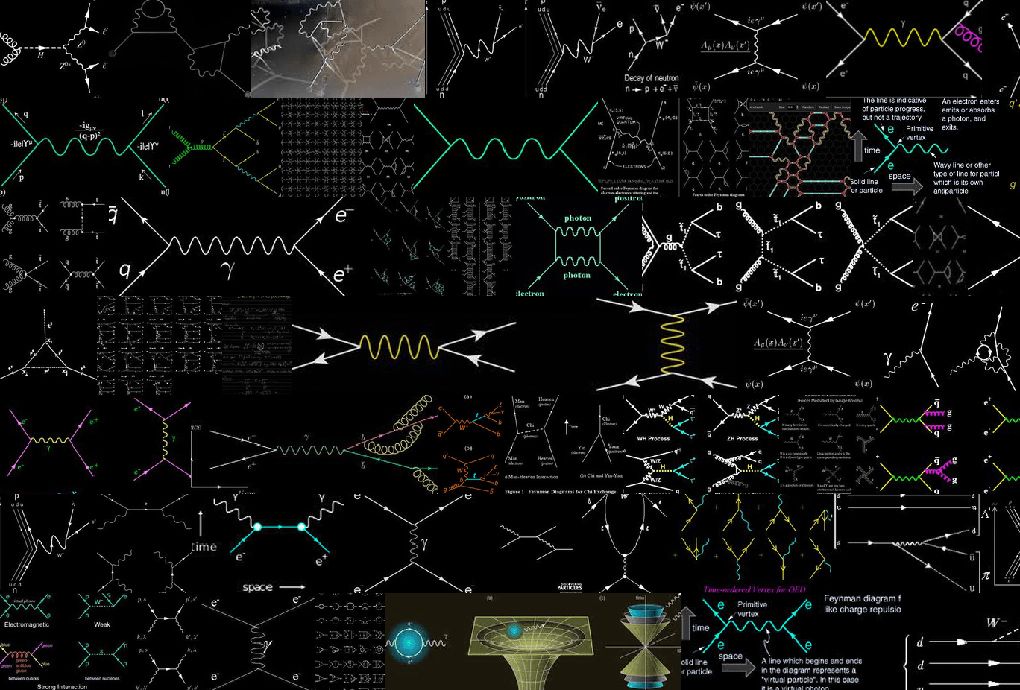 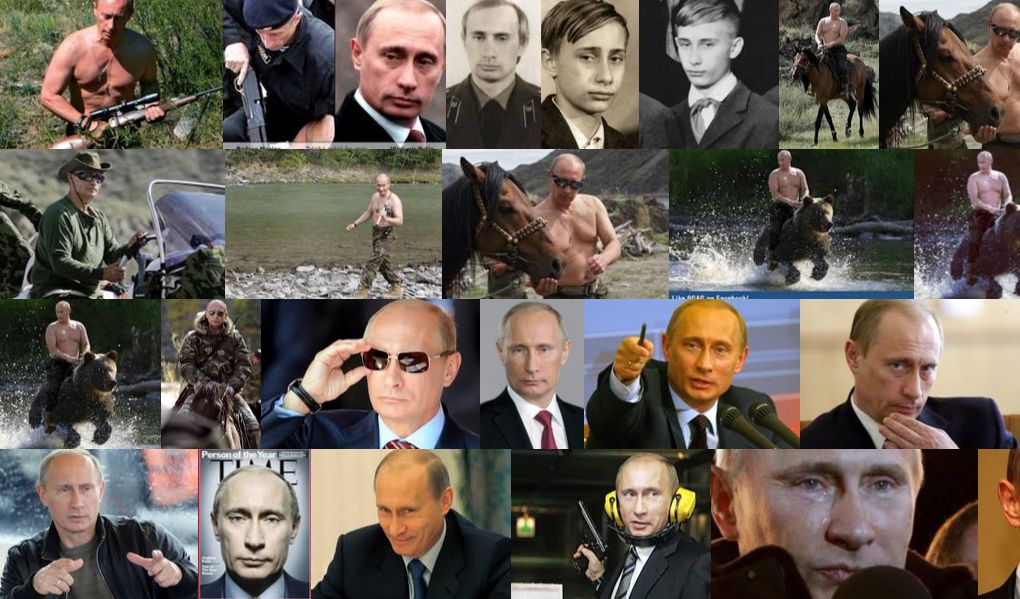 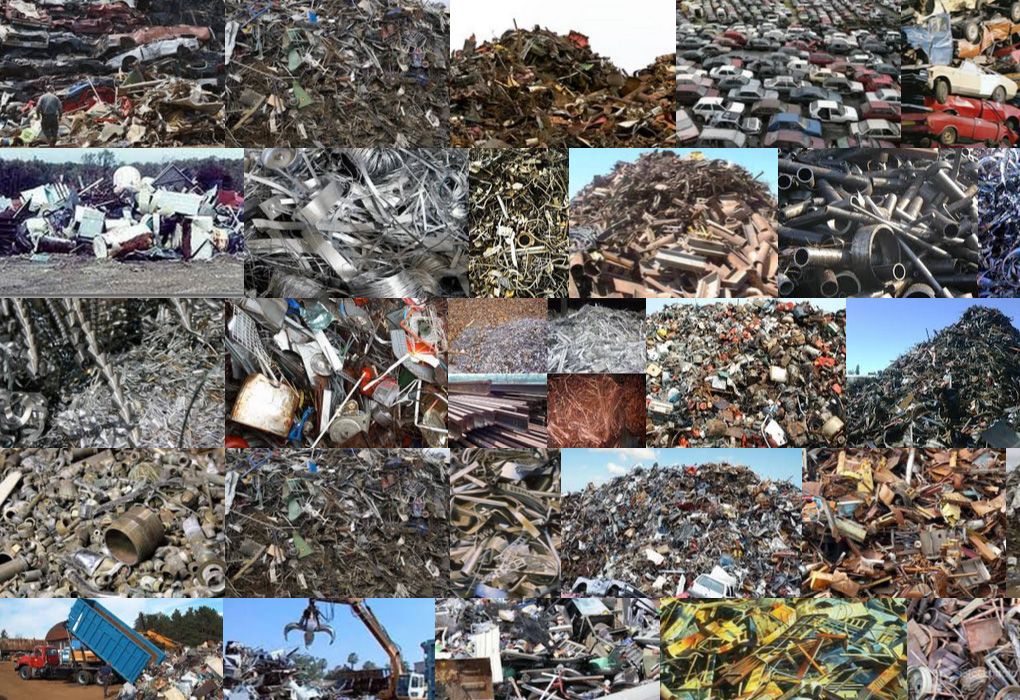 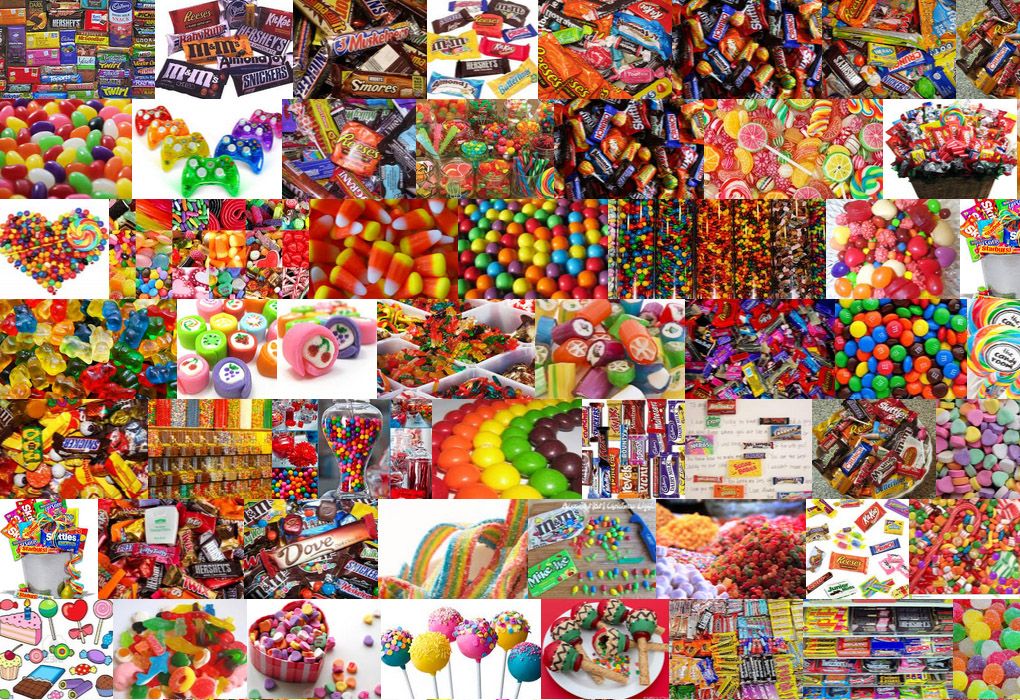 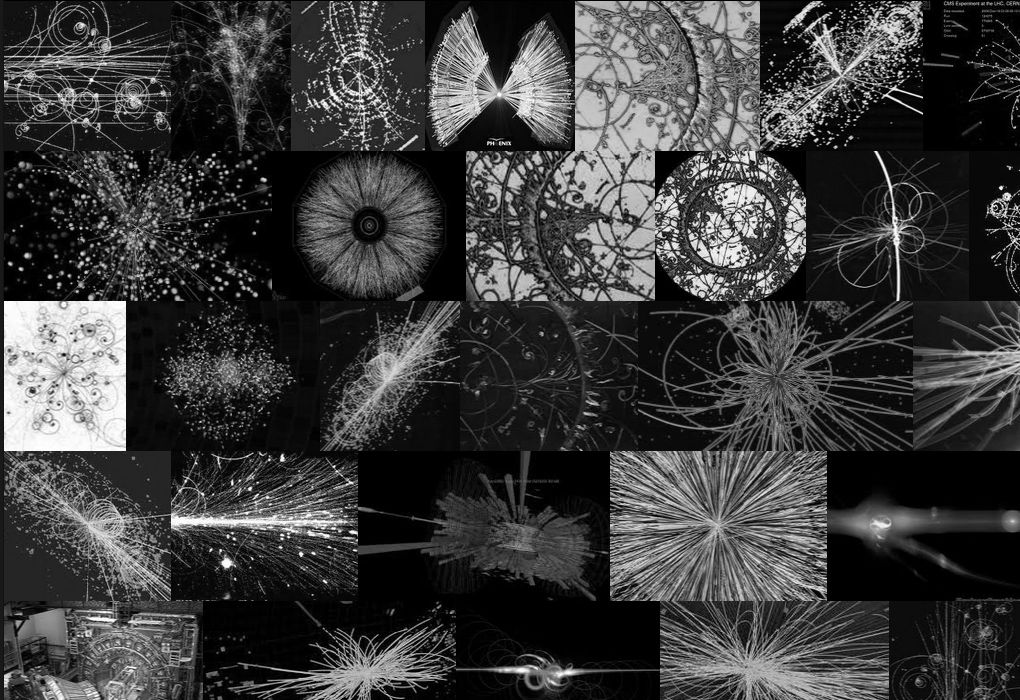 Is there a way to share or copy the resulting image? I've made some that I really like and want to keep!

Use screen capture, which is surely available in most operating systems. Screen capture is enormously useful, and is a good way to move images around as well.

Mac OS X has a built-in ability to capture screenshots using simple keyboard commands, with shots saved to the Desktop as "Picture 1, 2, 3, etc." This feature can be exceptionally useful for generating documents, or sending system configurations to friends and colleagues. Although most users are aware of the basic functionality of the screen capture feature, there are some hidden features that can really enhance the usability of screenshots.

"shift-command-3" -- The basic screenshot, will take an image of the full screen.

"shift-command-4" -- The "selection" mode, will take a shot of the area outlined by dragging the cursor.

"shift-command-4" then tapping "Space" -- The "Window" mode, will take a shot of the highlighted window.

"shift-command-4" dragging, then holding "space" -- Drag mode, will allow the current sized box to be relocated.

"shift-command-4" then "options" -- The "center" mode, will resize the box focusing on the center.

"shift-command-4" then "shift" -- The "axis" lock, will resize while locking the movement to one axis, determined by initial mouse movement.

Pressing "escape" before releasing the mouse in any mode will cancel the screenshot.

Holding "control" in any mode (ie: "control-shift-command-3") will output the results to the clipboard instead of to a file, allowing the contents to immediately be pasted into documents.

Changing the format with "Screen Capture": By default, "screencapture" outputs files in "PNG" format; however, several other common formats are supported. Users can change the file format by entering the following command in the terminal: defaults write com.apple.screencapture type TYPE. In this command, "TYPE" is one of the following: gif, jpg, tiff, pdf, psd, or png.

Using "Grab" Before "screencapture" was implemented in Mac OS X 10.2.x, Apple supplied a screenshot utility called "Grab", which is still available in Leopard. Users can do all the functions of "screencapture" in Grab, but the best thing about Grab is the option for timed screen captures. This allows users to take screenshots after a 10 second delay, allowing them to set up their screens as desired and be in the act of working when the screenshot is taken. Additional features of "Grab" are to set specific cursor types (or remove the mouse cursor altogether) during the shot.