Current Topics | All Topics
Tweet
On the Edge, At the Margin: Contours, Surrounds, Frames
These planviews show the footprints (darker gray fields) of buildings on their surrounding grounds (lighter gray fields). Both planviews are identical, except for the thin lines outlining the buildings at right. Those thin but highly effective lines shift the color within the building and also the color contrast between building and ground.

In general, perimeter lines cause the eye to homogenize within the contained area, and to separate and differentiate that area from the surrounding external space. A big optical consequence for a very thin line.


Line and tone drawings exemplify the often wonderful interplay between outline and delicate color-wash tones. Here Galileo reports his discovery of craters on the moon, with the moon's outline drawn with a compass: 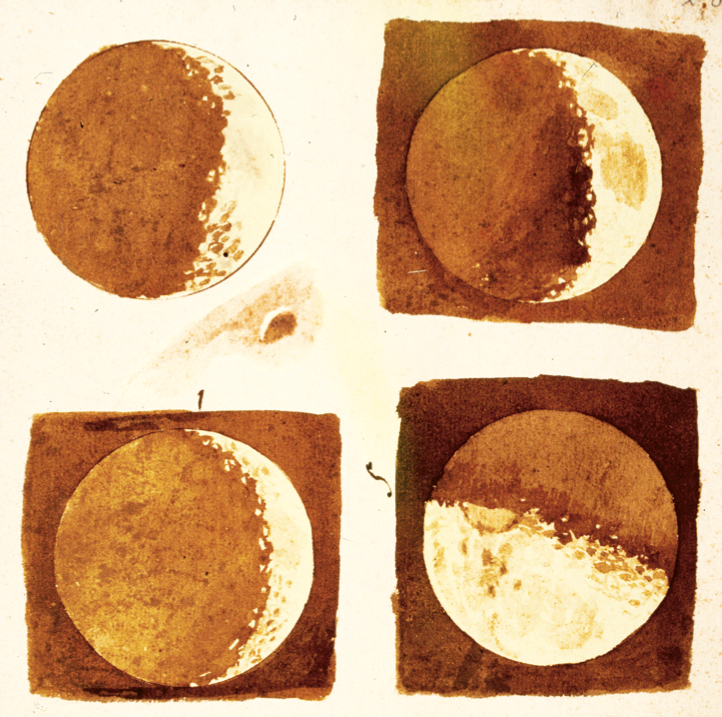 This is how contour maps work: the color fields which encode ocean depth are in turn delineated by contours labeled with depth measurements.


Viewers standing inside the 3 legs of Twig 5, a large steel and air artwork,
come eventually to see a faint transparent surface, an airy triangle outlined
by 2 legs and the ground. Viewers can happily regard this apparent surface as the
surface of the pyramidal volume of air contained and held by the artwork itself.

For architects and sculptors, air is a material. Airspace is not the absence of material,
air is not "negative space." Airshapes are created, shaped, and formed by nearby
structural materials--steel, concrete, wood, glass. And so Twig 5 is made
from steel and air, by volume ~0.1% steel and ~99.9% air. By weight, the reverse.

Or the line-and-tone aluminum foil wrapper in Wendy MacNaughton's Burrito: 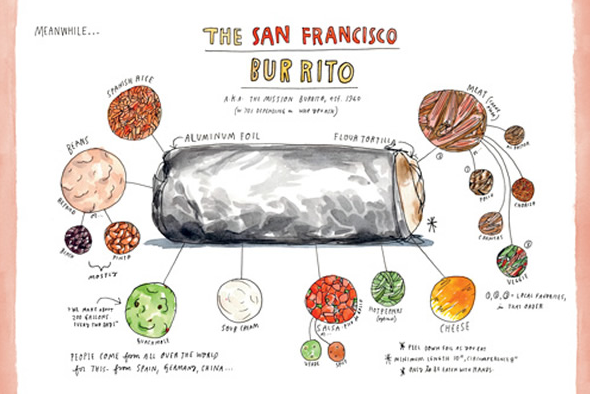 In many arrays of images, the individual images are frames with gaps between images. 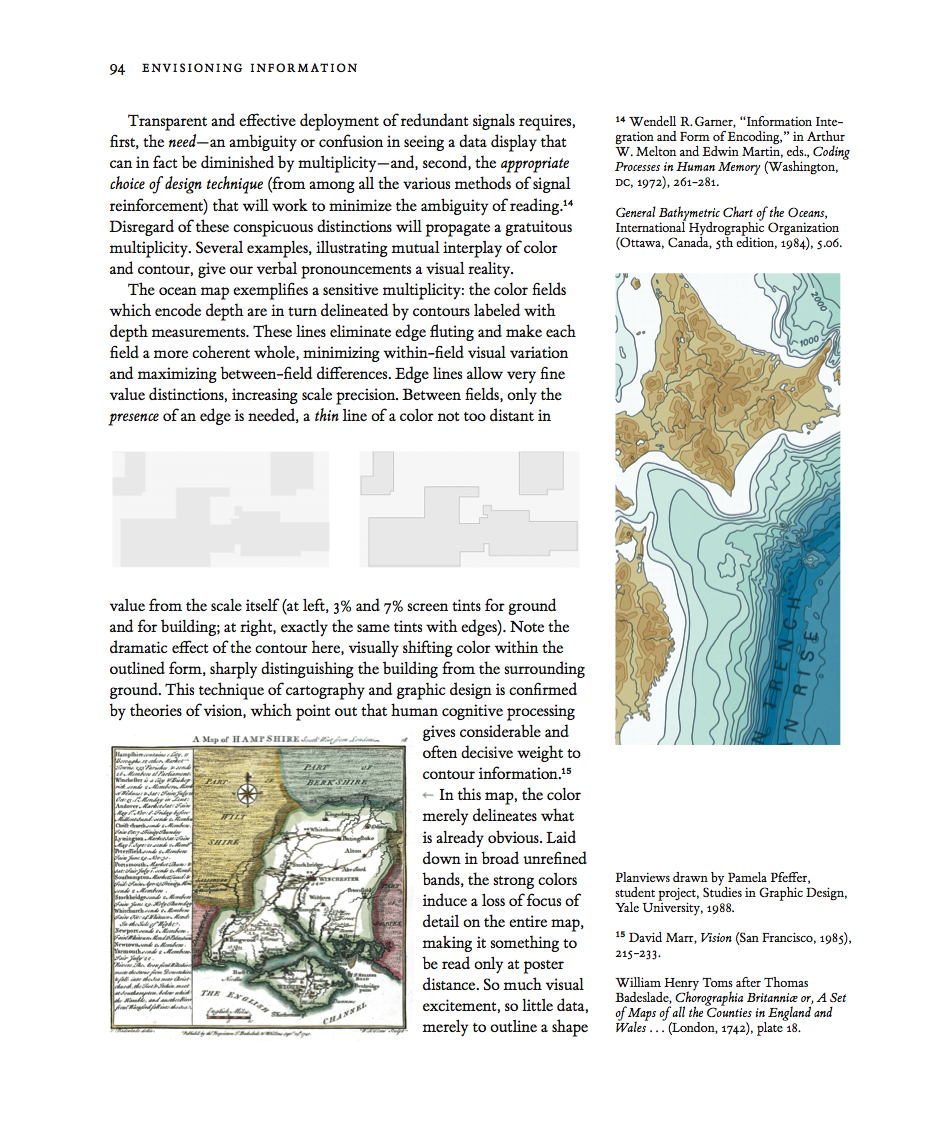 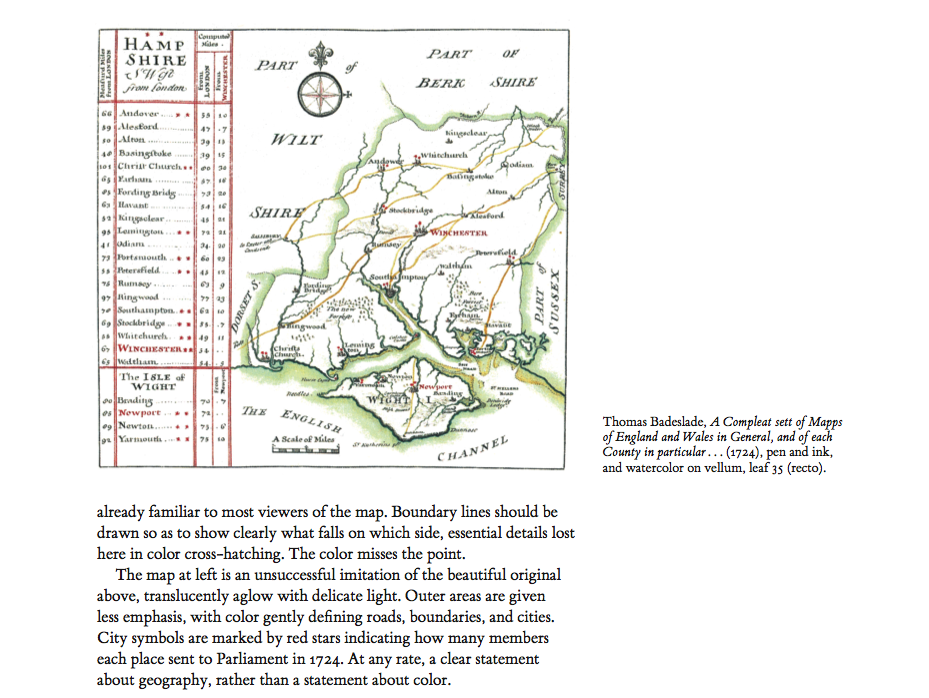 Areas surrounding data-lines may generate unintentional optical
clutter. Strong frames produce melodramatic but content-diminishing
visual effects. At left, the dominant visual elements are, of all things,
the strong stripes of the negative spaces between the heavy frames:

A good way to assess a display for unintentional optical clutter is to ask
"Do the prominent visual effects convey relevant content?" In the
exhibits above earning the unfortunate X, the most prominent visual
effect is usually the clutter produced by activated negative space. 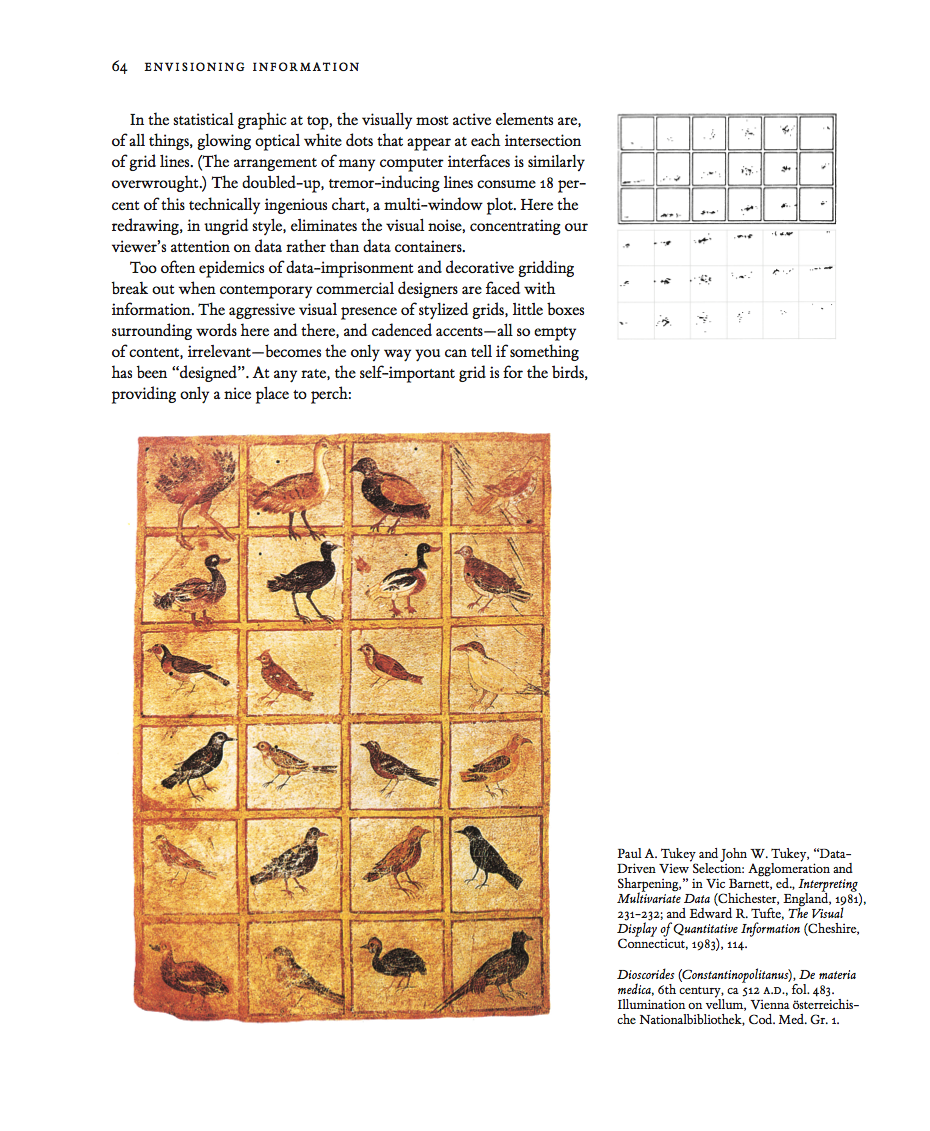 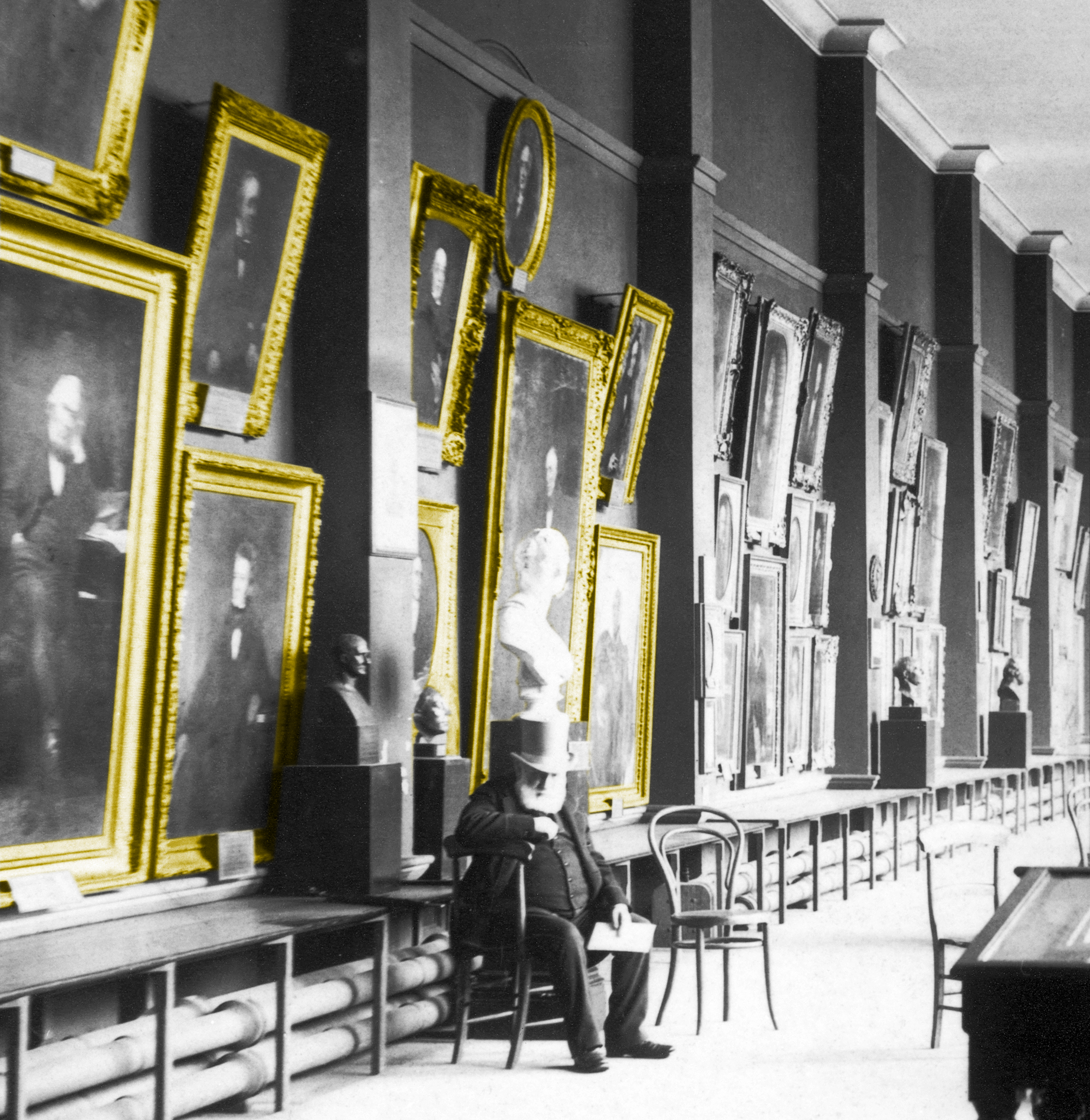 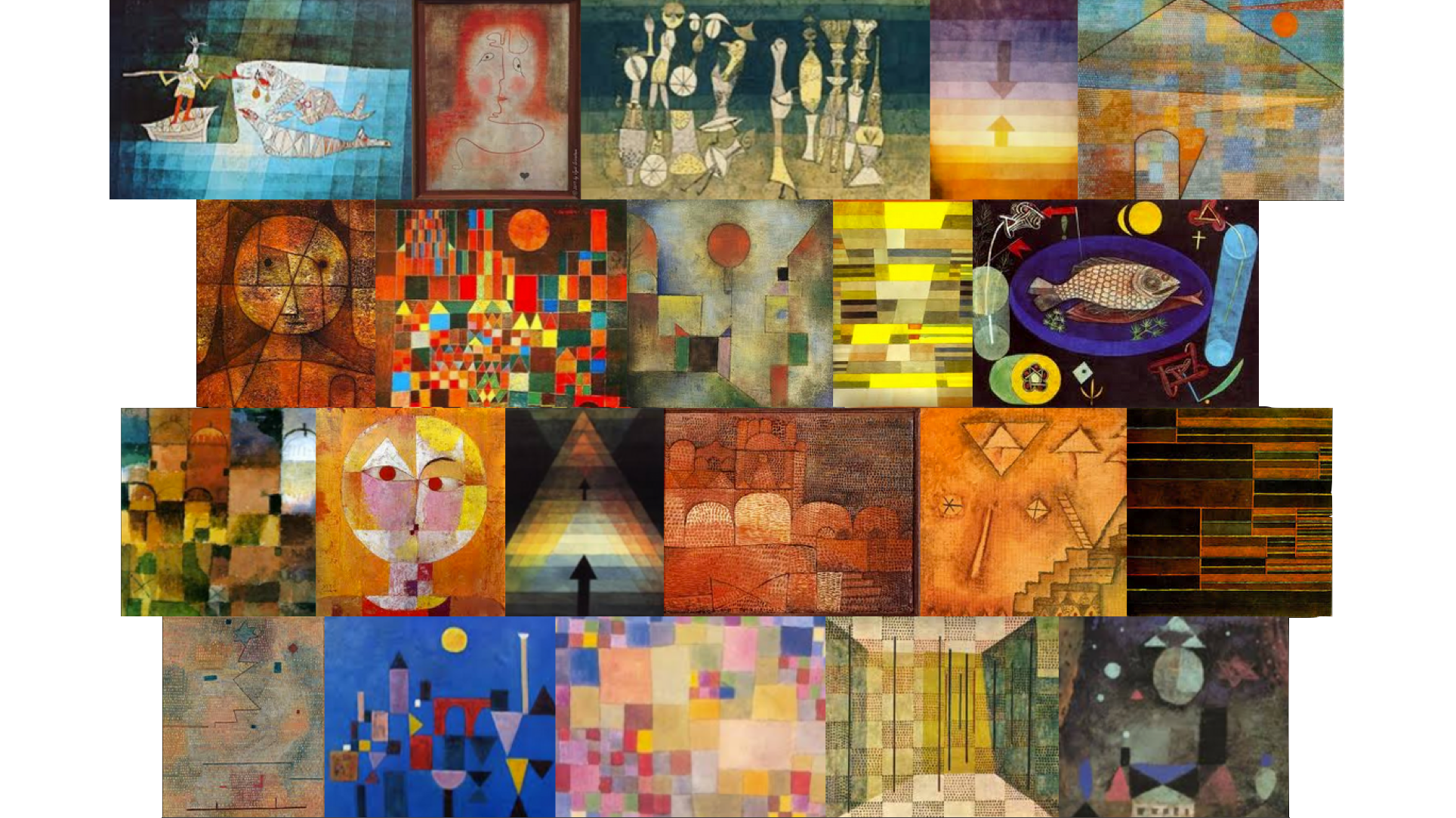